Diamond concept receive another award in 2019 from CONTEXT IMPART intl

July 11, 2019
We were indeed privilege receiving an award last weekend from kontext impart initiative on Saturday last week,i was indeed honoured,it was presented by a high chief from the Oba's palace,the OBADOLAYE of Benin kingdom

to who much is given more is expected,we wont stop imparting & mentoring our youth & the world at large to eradicate idleness
If i had my way & was enough time on that day,There would have been some comment i would have made
i must say it ,there are some organization that gives award but behind the stage,the awardees has already paid for them,but this was a different because it was based on merit.. @kontext_impact_intl is a name that would stand the test of time because its uniqueness & thier goals is to help capture every child when they are young,to impart all the necessities they need before they become adults,

remember there are more adult years than child years,catching them when they are still very young builds a greater tomorrow

its more easy to impart now than when they become adults  tomorrow,remember if its not in the root it can never be in the fruit,

This organization needs the support of NIGERIA  GOVERNMENT,NGO and other forms of organization to build the future of our leaders of tomorrow
GOD BLESS  @kontext_impact_intl @mr_kontext
Location: @oba akenzuwa cultural center

Popular posts from this blog

October 21, 2017
The young Entrepreneurs Of  Dc ''Diamond concept photography"Larry sule sadoh & His Brother Desmond Sule Sadoh were caught up @ the Benin Airport boarding for lagos #Welovetellinglovestories He said,this prewedding is going to be unique,different from what you have ever seen before,you can see more by following him on his Instagram handle on diamond_concept_photography ,facebook diamond concept photography ,youtube channel Dctvnigeria

You want to be a part of FLY SAFE DRONE WORKSHOP with DIAMOND CONCEPT CONCEPT ? here are the info of the venue,date,time,investment fee 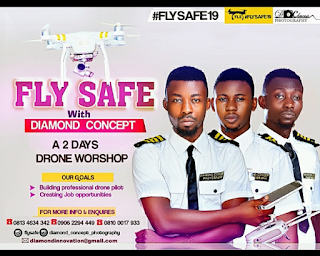 
There will be presentation of certificate to all participants


To participate send your full names,picture  and payment details to Desmond 08100017933


PAYMENT DETAILS
pay into this accounts ,transfer is allowed

FLY SAFE DRONE CLASS 2019 with diamond concept is going to be explosive,contact us more.. 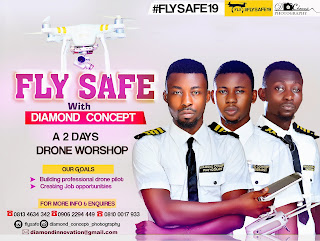 But do you want to have an experience on how to FLY a DRONE CAMERA or become a professional drone pilot?

Do you wish to own a drone but you are scared of the last one that crashed ?
Do you want to train your staffs in becoming professional drone pilots because you own a media house,church,construction company or you are a real estate manager ?
CONGRATULATIONS ! ''FLY SAFE'' 2 Days WORKSHOP with our professional DRONE PILOT will teach you all you need to know to be a Pro in piloting a Drone.

Pls share & Tag a friend that needs this 🙏🏾
Read more

nigeriajist@gmail.com
this platform is all about giving you info about celebrity lifestyles local and international news, music, sports etc